It was mid winter, cold and crisp. But the sky was very clear. 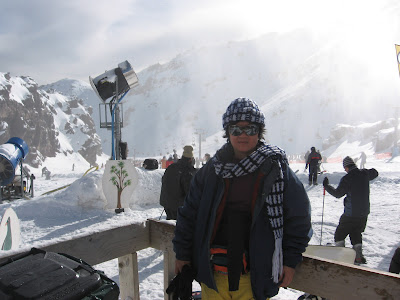 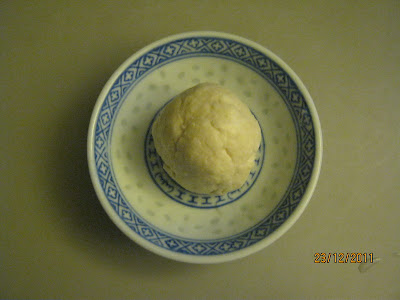 The Winter Solstice Festival or The Extreme of Winter (Chinese and Japanese: 冬至; Korean: 동지; Vietnamese: Đông chí) (Pinyin: Dōng zhì), (Rōmaji: Tōji), (Romaja:Dongji) is one of the most important festivals celebrated by the Chinese and other East Asians during the dongzhi solar term on or around December 21 when sunshine is weakest and daylight shortest; i.e., on the first day of the dongzhi solar term. http://en.wikipedia.org/wiki/Winter_solstice

In my Cantonese dialect, it is called GUO DONG. Traditionally, the Dongzhi Festival is also a time for the family to get together. One activity that occurs during these get togethers (especially in the southern parts of China and in Chinese communities overseas) is the making and eating of Tangyuan (湯圓, as pronounced in Mandarin Pinyin: Tāng Yuán) or balls of glutinous rice, which symbolize reunion

These Tangyuan comes in various form. Most of these golf ball sized dumplings have a sweet filling like sesame seeds, peanut fillings, eaten either in a sweet syrup or dried rolled in a ground peanut powder. Of late, this festival is revived in Singapore with grand mothers and mothers invited to schools and community centres and demonstrate making these dumplings.

My small Cantonese dialect group, the Quang Nings make a ball of dumplings and we serve it with savoury duck soup. This is served at the beginning of the special feast, in a small bowl of about 5 dumplings.

I never liked this because these glutinious dumplings are very filling, and sit in your stomach so you have no room for anything else. I kept this secret until about ten years ago, when I found out my Dad had the same idea. Mother had died prematurely at 60, and her sisters took care of Dad.

One particular year, just before my Dad died, my youngest aunt told me to take her shopping. She wanted to make these special dumplings for dad, as he had been living in Australia, and probably had not eaten these home made Tangyuan for a long time. She enthusiastically served a big bowl to Dad. Dad discretely told me to get a small bowl and give him one Tangyuan so he had symbolically eaten her precious dumplings. I LOl with him, both of us are guilty of breaking with tradition.

These days, you can buy frozen Tangyuan all the time. They no longer symbolise what they meant.

When I went to Singapore 20 years ago, there were a lot of children's Chinese singing competition. This MAI TANGYUAN or selling Tangyuan was a very popular song. Children dress up in traditional Chinese clothes. Do click on this .