ABC Letter I: For Idol. Happy Father's day, my tribute to my dad.

My Idol, My Dad.
陳鹞飛/陈鹞飞, My Dad John Chan Hiu Fei who inspired me to write by making us kids write one composition a day during our holidays.


This photo is my pride and joy. It had  been posted only once.  I was 20 months old. It was the day my Dad, John Chan Hiu Fei, aka Chen Yaw Fei, flew in a plane to go to study in England in 1956. The Chan Clan and the Kong Clan were in the airport to farewell him. It was a very proud moment. Dad was among the few and earliest students to go to England on a scholarship.
I was the baby in the family then. Dad's Cousin Uncle Hung Fei, tells me this when ever I see him, even when I was an adult. " I was carrying you, and when I asked you where is Dad? You answered, Ah Pa FLOOOO and you would move your hand showing how the plane flew." At that time, there was no aero-bridge. You can actually see the passengers go inside the belly of the plane.

When I was 20 months all, we became the proudest kid in Sibu Town. Father goes a Scholarship from the Government of Sarawak to study in London. The Chan Clan and the Kong Clan and Father’s friends were there to farewell him. Ah Tai went round telling everyone that Father had today all because of her effort. If it wasn’t her, Father would have become a Communist country bumpkin. Grandfather Chan was seething; Ah Tai had stolen his thunder as the father of the boy going to London. But he could not say anything without incurring an ugly scene. He was a gentleman and he wasn’t going to fight with a woman. He couldn’t deny that indeed Father would have gone back to China if Ah Tai didn’t cause all the commotion, and he would be a communist.
I have a photograph of Father carrying me taken just before he boarded the plane to Singapore. Each time I look at the photo, I am reminded of Uncle Hong Fei. Whenever he sees me, he tells his favourite story. 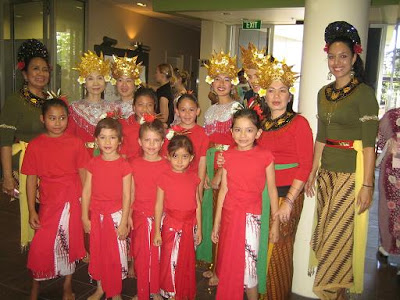 Indonesian dance in Australia. My niece Olivia dances for concerts. 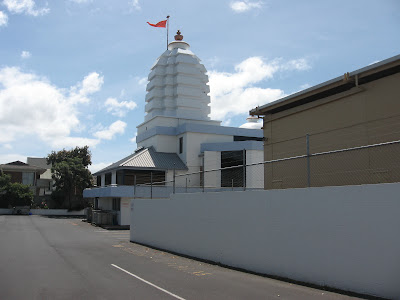 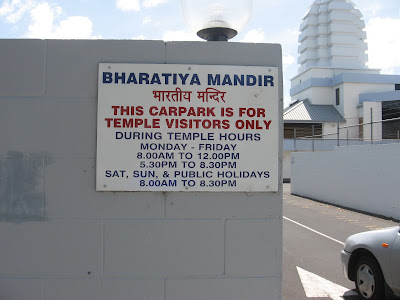 There is a "Little India" in Sandringham and Mt Roskil, Auckland. This is a Sikh temple, and is a landmark of this area. 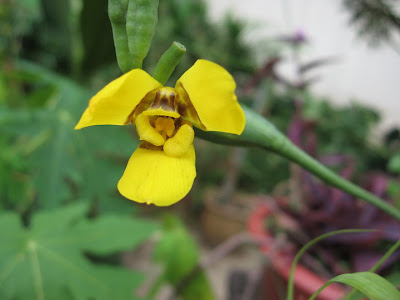 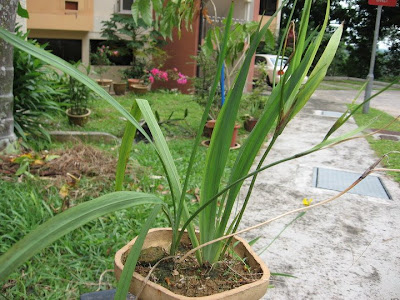 Yellow Walking Iris has long, bright green,
blade-shaped leaves up to two feet long, and grow in a
fan shape. The leaves are folded for about two-thirds
of their length and at their opening emerges 1" yellow
flowers with 3 petals.