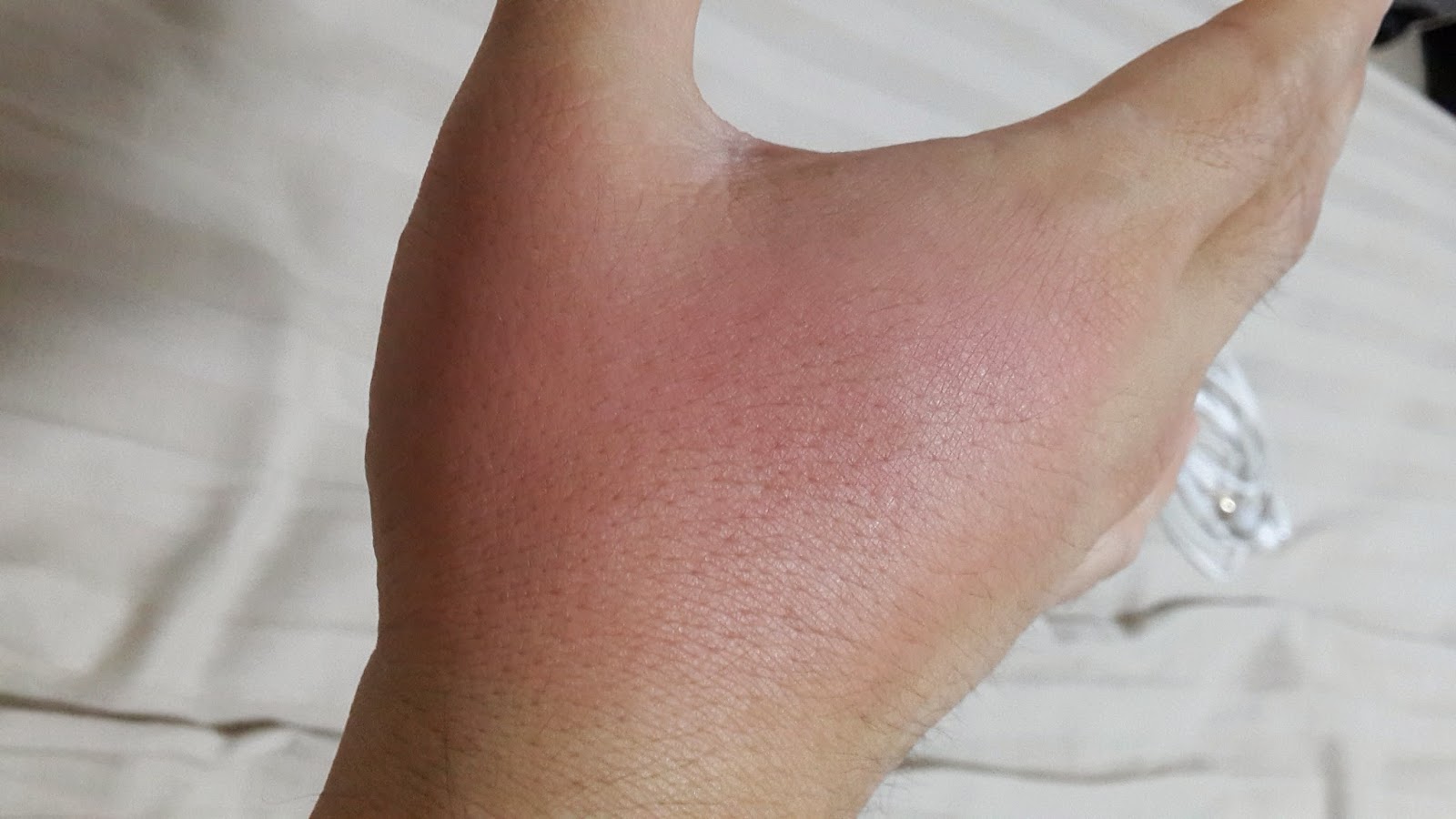 my friend L's before and after . 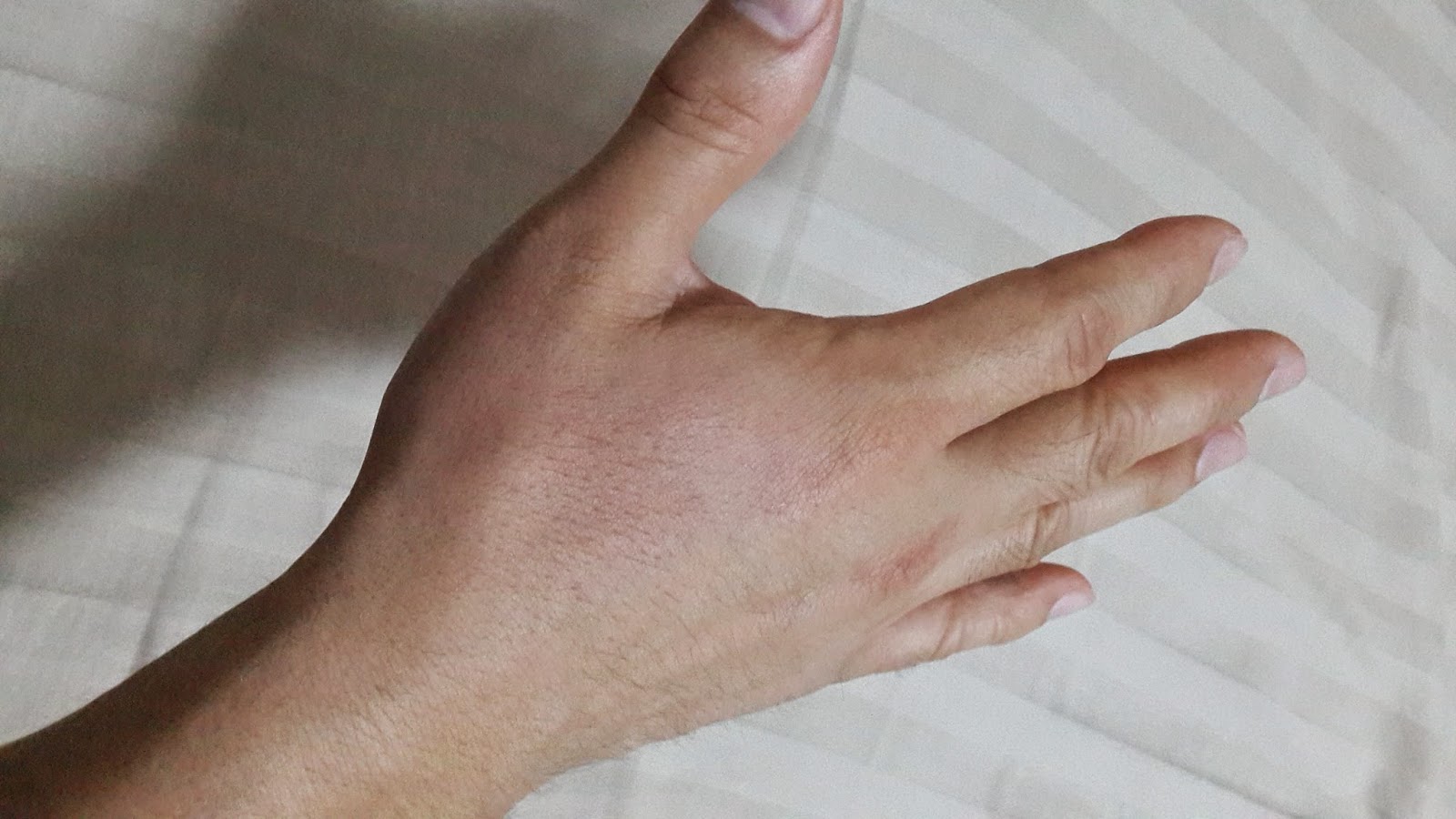 My friend had a sore hand, and decided to try apitherapy. This is what happened to him.

"I think I did get a bit of an allergic reaction. I waited one week without anti histamine. Yesterday the itchiness finally stopped. I think I am immune now"

Once when I was in my teens, Mum was a very brave woman and also a rather stupid one. She was driving and almost a mile from home, when she felt this jab of intense pain in her right arm.  The pain quickly traveled down her arm to her hand and to her fingers. The limb swelled to the size of the incredible hulk and was burning red. My very brave mum held tightly to her steering wheel, and drove.

Mum's been stung by a bee. Dad asked her why she didn't stop the car? She said, it was only a mile and she would be home. Dad said, how stupid, on the edge of the road was a deep creek, she could have driven in the creek and drowned. But Mum's a Hakka woman, Hakka women are brave.

When my kids were young, I too had a bee sting. I had a bag for the cloth pegs. It had to be at the right time when I put my pegs into the bag when it stung me. It was sooooo very painful. My finger swelled up but not as bad as my friend L.

Be very careful when you decide on get bee venom to treat your ailment.

Apitherapy is the medical use of honey bee products. This can include the use of honey, pollen, bee bread, propolis, royal jelly and bee venom.
Most claims of apitherapy have not been proved to the scientific standards of evidence-based medicine and are anecdotal in nature. A wide variety of conditions and diseases have been suggested by believers in the therapy as candidates for it, the most well-known being bee venom therapy for autoimmune diseases and multiple sclerosis.  wiki