brokeragesdaytrading.com/article/517156976/ann-chin-sarawak-born-author/
This is extra-normal way of introducing a new author from Sibu. Ann Chin (Chan) Kit Suet was born in the Rajang Valley. Her parents were both Cantonese from ...


This is extra-normal way of introducing a new author from Sibu.

Ann Chin (Chan) Kit Suet was born in the Rajang Valley. Her parents were both Cantonese from the Kwong Tung Pah (now Sg. Salim). I left Sibu in 1970 and she left Sibu in 1975.

How did I get in touch with Ann Chin after 40 years? This is an exceptional cyberspace tale.

In her own words "I..... was googling Billy Abit when I came to Sarawakiana's post on the boys hostel of Methodist school. The more posts I read, the more intrigued I was. I was convinced I knew who the blogger was. But this blogger would not reveal her ID for a long time, until I read the post of the blogger's dad's accident.So I  wrote: CY, I think I know who you are, don't let me stew in my own juice.
Finally, the blogger revealed herself. It was such a happy day, because the blogger was my hero in school.
The rest is history."

I couldn't be more surprised to be connected in this way. Here I was...blogging happily as a retired person who has been worried about Alzheimer's disease and Dementia. Writing a personal journal and taking a cyberwalk cost nothing but truly it has enriched me in more ways than I could believe. And being connected with a dear but long lost friend was really unbelieveable. She was only about 13 or 14 and I was already getting ready for university and the adult stage of my life. When I took off at the Sibu airport for KL I said to myself "I must leave my childhood behind and become a real tough female warrior....and nothing should stop me..."

My precious gem of a friend thus came in the form of Ann chin who encouraged me by her sheer strength and enthusiasm for life and writing via the blogging world in the last two years..

And on my part I am only too happy to help her connect with more people in Sarawak and the rest of the world.

She is no longer the shy little Form One kid in the Methodist School but a nice mature writer and teacher who has been inspiring people who have come in contact with her. She lives a full life in Auckland (New Zealand) . 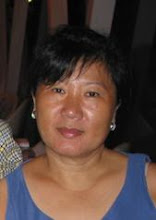 For several years she has been thinking in a very humble way how to get her book published.
Eventually it has come out. And it will be a hit with parents who have lost their children at a young age and for those who empathise with this agony. 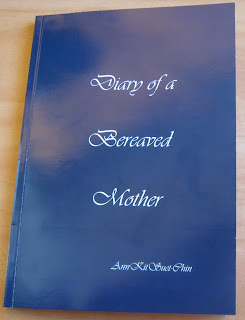 Ann has been away from Sarawak since 1975, and not many people know that she has taught in Kai Chung School in Bintangor I(originally Binatang). Although some students have already found her on Facebook recently many may like to find her by other means. It is interesting to note that most Sarawak students like to find their teacher and thank them in the later lives.. Hence school reunions are very popular and I have also noted that many teachers get invited to their children's weddings especially in Sibu because the ties are definitely maintained for many generations.

Ann Chan Kit Suet (her full name) was educated in the Methodist Primary School from 1961 till 1966. She then went to the Methodist Secondary School from 1967 to 1973 which was then still an English medium school. After she completed her Upper Sixth she taught in Kai Chung School, Binatang, Kuching High School and SMK Binatang before she left for Canada to further her studies.


Today she is teaching in Auckland and is married to Singaporean Dr. Chin. She has two daughters and a son.

Several of her siblings are still residing in Sarawak while others are all over the world. Her father the late Mr. John Chan Yui Fei served a brilliant career in the Sarawak Education Service as an Education Officer. Her late father was also an alumni of the Methodist Secondary School and a former teacher .

Her family photo below still brings a tear to my eye...how much I would like to have such a  family photo taken with my dad and mum and grandmother in this manner. This is the kind of family photo most Chinese Sarawakian families would still take in the 21st Century!! 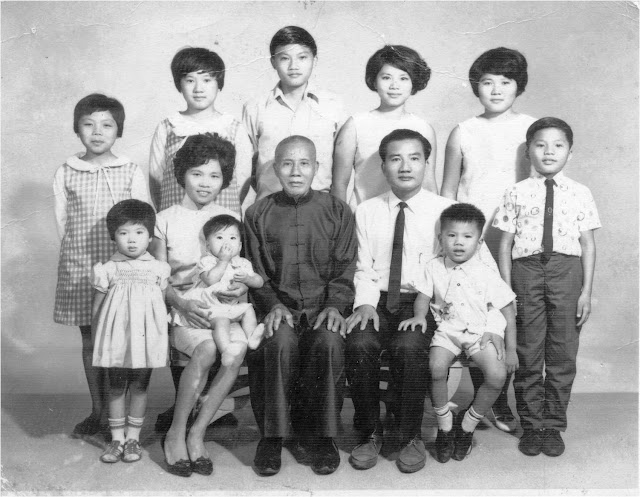 You can read more of her writing in the three blogs she maintains. She is such an energetic and prolific writer. Sibu should be very proud of her!!

And the good news is - she would want to connect with you!