My world/ save the world/ABC Wednesday Letter T for tragedy,A boat capsizes.

An Express Boat like one these aeroplane boats in the photo capsized in Rejang River.


BELAGA: An express boat, said to be overloaded with more than 100 passengers returning to their villages for the Gawai festival, capsized in the Rajang River at about 9am on Tuesday near Belaga town.
The boat was travelling from Bakun to Kapit and Sibu. The boat was believed to have carried more than 100 passengers, although its official load capacity was for 67 seated passengers.
According to Belaga police chief, DSP Bakar, the express

boat had the capacity to carry 75 passengers but believed

that there were 204 passengers on board when it sank.

Read more: http://www.theborneopost.com/2013/05/29/survivors-tell-of-their-harrowing-experience/#ixzz2UeIScr4e
The accident was waiting to happen. The aerodynamics of the boat had not emergency exits, and the sleek look meant they could travel very fast. Often they are overloaded, and passengers even sit on the roof.
People from outside the region sometimes refuse to go in this boat. Once there was an accident involving a head-on collision near Durin, my grandpa's place. It was rumoured that a girl from another region became historical about going it, saying it was like going into a grave. That accident killed many.
When I was little, our roads were really bad in our riverine Sarawak. Our river Rejang river was 350 miles long, and ocean going ship could come up to Sibu, 90 miles from the sea.

In the 70s when I taught in Binatang/Bintangnor, the monopoly of the express owners were challenged. The competition was so fierce. They kept putting the price down, until it was free.  They boats ramped at each other in the middle of the river. Come to think of it, it was so stupid for me to take advantage of the free or cheap fares. I could have drowned or lost a limb.

They build bridges, and these boats are made obsolete. A lot of them to my amazement sail the ocean to Solomon islands. People now drive from Sibu to Binatang and Sarikei. They still use this boats as there is no roads to Kapit. 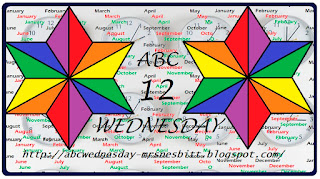