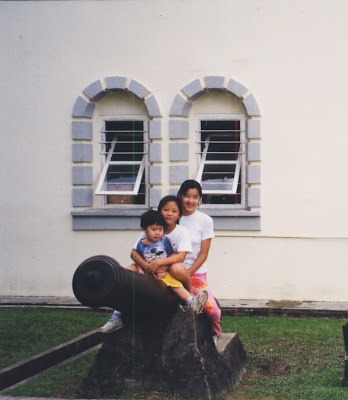 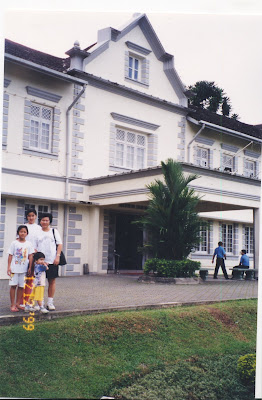 When you have walked in the humid and hot Kuching town, the air conditioned building of the Sarawak Museum is a heavenly place to be in even if you are not into culture and artifacts. But once, inside, you won't regret going in.

The Sarawak State Museum is the oldest museum in Borneo. It was established in 1888 and opened in 1891 in a purpose-built building in Kuching, Sarawak. Sponsored by Charles Brooke, the second White Rajah of Sarawak, the establishment of the museum was strongly encouraged by Alfred Russel Wallace. It was modeled on a town hall in Normandy.

It is eye opening to see models of the habitats of different people and animals. I was always awed by the giant whale bones. When you climbed into a replica of a long house, you are feel with reverence for the darken smoked skulls hanging up the roofs. You see, One of the inhabitants of Borneo were head hunters.

Coming from Sibu, the Museum was one place we had to visit. I always make a point to go when I visit Kuching. The boy is almost twenty. Sadly I am told, the building is no longer it's former glory.
Posted by Ann, Chen Jie Xue 陈洁雪 at 2:32 AM