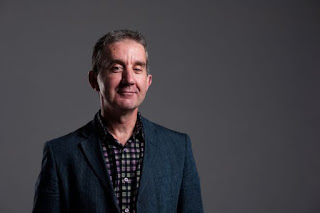 I love watching Nigel Latta. He is witty, and knowledgeable. He knows what he is talking about.

My Dad who studied in London and worked as an Education officer often commented how much the children are spending infront of the TV and their hand held devices. I have worked in Education too and agree with Nigel. I have seen children coming to school yawning and not paying attention because they stayed up watching television.

It is encouraging for Nigel to be an ambassador the Hyundai Power Off/Family On campaign.

He says well over half of Kiwi kids are already exceeding the MOH guidelines for screen time. He’s made the comments as part of the Hyundai Power Off/Family On campaign which is encouraging families to switch off their devices for the weekend of Sept 5th & 6th.
Media release: 20 August 2015
Top Tips for Parenting: Screen Time
The Hyundai Power Off/Family On campaign encourages families to switch off and spend time together during the weekend of the 5th and 6th of September, and is a great way for parents to introduce the concept of a ‘power off’ time to kids.
Clinical Psychologist Nigel Latta, an ambassador the Hyundai Power Off/Family On campaign, says parents need to reduce their own and their children’s screen time to form closer family relationships.
“The single most important thing we give our kids is our time. That’s where we teach them all the skills they’ll need to navigate life, and where we build our relationship with them. The pressures of the modern world are bad enough at eating into your time with your kids, but screens are a whole other layer of stuff trying to steal time from us.
“Sitting in a room with the kids while everyone is watching different screens isn’t spending time together, and it isn’t building a relationship, it’s just taking up space on the couch. You need to make sure you all have time unplugged and engaged in each other’s lives. That’s where the important conversations happen.
“You can do far more good in your children’s lives during a walk, than you can returning emails on your phone while they shoot zombies on the games console. There is just no better way to build your kids up than the simple act of spending time together in the actual world doing actual things.”
Latta says there are five key steps parents need to take if they are concerned about the amount of screen time in their children’s everyday lives:
1.    The most important thing is to lead by example. Make sure that you aren’t looking at screens all the time. Set limits on your own use first.
2.    Decide exactly what kind of devices people actually need and when they need them. You probably don’t need a mobile phone when you’re nine, for example. You also don’t need every kind of device there is in the world.
3.    Set limits for everyone about where devices can be used, such as:
-       No devices at the dinner table
-       No devices at cafes
-       No devices at Grandma’s house
-       No looking at a screen during an actual conversation with an actual person
-       No devices after a set time each night.
4. Make their offline life as interesting as you can by encouraging them to get involved in real world activities as well.
5. Have regular ‘device free’ days or evenings where the family does something together that doesn't involve screen time.
For more information on the Hyundai Power Off/Family On initiative, visit www.poweroff.co.nz