Ticks, my sister Margaret and our dogs. 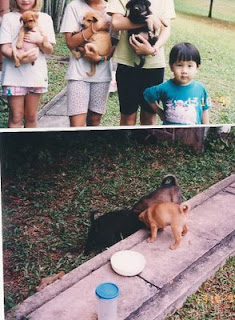 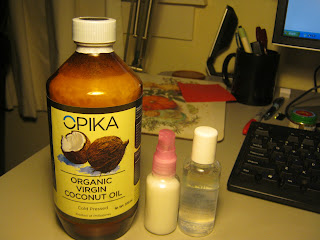 Recently I watch news on Ticks clinging on to snakes, Ticks biting woman leading to amputation of her 4 limbs.

I am reminded of when I was in high school, our dogs harboured ticks. My sister Margaret and I would use a pincer and pince the ticks off the poor dogs' ears and in between the gaps of their paw.

Most of them were quite small but occasionally some were bigger than my pinky finger nail. The poor dogs  yelped in pain. Some one told us to dab the ticks with kerosene, but the poor dogs would yelp louder in bigger pain. The ticks held on and the kerosene burnt the dogs Eventually some one suggested coconut oil. Mom bought us some, and we dabbed it on the ticks. It killed the tick and it released it's evil claws. The oil was also a balm to the poor dogs.

The still alive ticks, we soaked them in coconut oil, and we were thrilled to see them go to to a slow oily grave. Occasionally, in vengeance, we squeezed the fat ticks, and felt so sorry for our dog because the bugger had sucked so much blood from the poor dogs.

As I look back, I felt rather bemused, we were our own little vets. Margaret has become a " bona fide" vet, she has a doctorate in Agriculture and is a professor. As for me, I never kept a dog as an adult.

The top photo, my children and friends found some puppies and a stray mother dog. The person who reported them to SPCA complained the puppies might have ticks.