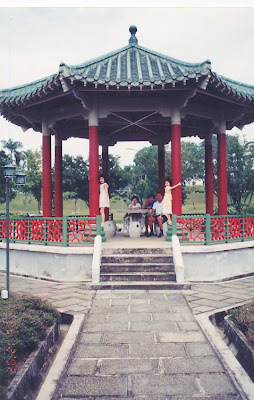 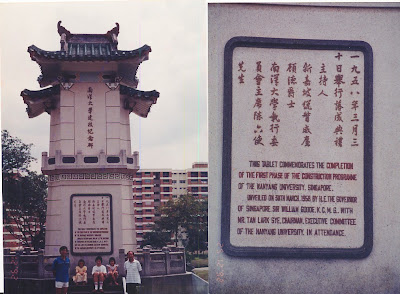 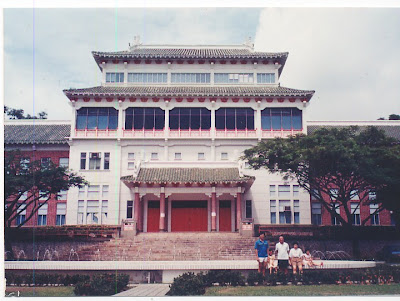 These Chinese structures are icons in Singapore. For a long time, Malaysians were not allowed to visit China. Coming to these Yunnan Garden served to kill two birds with one stone. They were in the university they funded, and they got a feel of China. I felt the same too, as I am 4th generations removed from China, and this is the closest I been to China.

NTU, Nanyang Technological University was originally privately raised by the Chinese people of South East Asia, including my grand parents. When I was growing up in Borneo, my grand parents and parents donated to build the Chinese University outside China. I was told that many of our Chinese ancestors owned a brick. We teased our grand dad if they gave him a number and the coordinates of his brick.

The Nanyang university of Singapore transitioned from a Chinese University to an ultra modern one funded by the Government.

When the Water Engineer went to teach in the University in 1990, it became NTI and then NTU, a fully fledged university and he became an associate professor. To date, of all the children in the Chan clan, only my daughter D attended the university.

In 1990, just before the birthday, I arrived in Singapore to live. I am thankful that I was able to live in comfort as a faculty wife. I spent sixteen of my adult years here, and the best thing is I made many friends from all over the world.
Posted by Ann, Chen Jie Xue 陈洁雪 at 11:26 PM