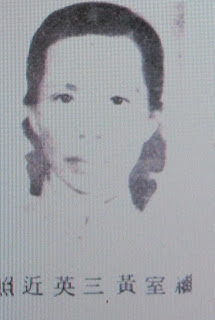 At 17, Say Bo travelled from China with two young girls. She was arranged to marry a man she didn't know. The marriage was not consummated, He was an invalid and died shortly. She was forced to marry Grandfather and become a subsidiary wife. The wheels of the Confucian Paternalistic Society is grinding again and again.

By protocol, we have to call her Say Bo, but this is now a term of endearment.