Save the world, save the chickens 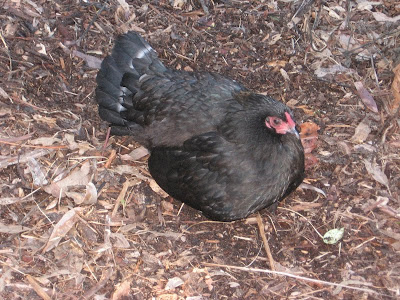 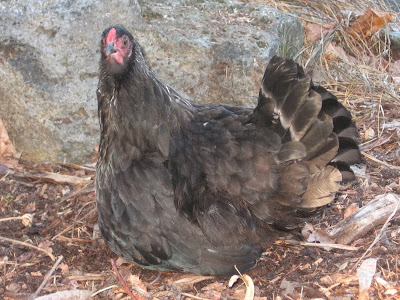 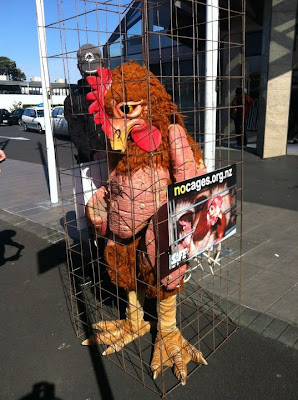 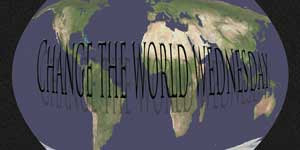 
When I was young, we lived in suburbia. Mum and Dad always kept some chicken and ducks. We had mostly free ranged ducks and chicken. But we also had about twenty caged hens for laying eggs. So I know about battery chicken and animal cruelty. Chickens have weird personality. If one chicken gets pecked, the others will peck her too.

I watched a program on TV. There is a group of SAFE activists going round the country to expose egg farmers. There are some "bad" eggs among the farmers.

The National Animal Welfare Advisory Committee (NAWAC) in February released a draft welfare code for hens which would phase out the use of existing cages for the nation's 2.88 million battery hens, which each lay about 25 dozen eggs a year.

New "enriched cages", which feature a nest box, perch and a scratch pad, have been proposed.

The proposed colony systems would require 750cu cm per bird. A piece of A4 paper is equivalent to 623sq cm.

Would you pay a lot more for a free ranged egg? But then, how can you be sure that the free ranged eggs are actually free range, or labeled by some dodgy battery farm owner.

An egg producer who labelled his cage eggs as free range has been sentenced to home detention, the Commerce Commission says.
John Garnett, owner of now-defunct Northland egg producer Forest Hill Farm, was sentenced to 12 months home detention and 200 hours community service in the Whangarei District Court today for falsely packaging and selling 2.4m cage eggs as free range or barn-laid eggs.
In June, Garnett pleaded guilty to 20 charges brought by the Commerce Commission.
In sentencing, Judge Duncan Harvey said he considered it to be very serious offending and had resulted in the public being severely let down, Commerce Commission consumer manager Stuart Wallace said.

This has sparked wide interest in the chicken industry.