Dad and some enterprising students. 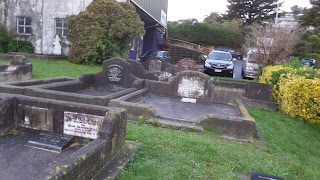 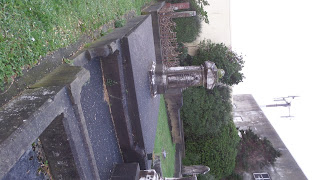 Photos: I took these at Wellington Johnsonville.

After the war, Dad went to Singapore to study. He  was in a hostel in a 7 day Adventist school, next to a very big cemetery. The Bidadari Cemetery was just near door.

His seniors told him to come earn some pocket money. They showed him how to scoop of the melted candle.

A man came on a bike to buy the molten wax. Dad initially felt uncomfortable. But after a while money took over fear.

Bidadari Cemetery was a multi-religious burial ground opened on 1 January 1908. It was located at the junction of Upper Serangoon Road and Upper Aljunied road, and derived its name from the wife of Maharaja Abu Bakar of Johor, whose istana had stood there.[12] The word “bidadari” is itself derived from the Sanskrit word “widyadari”, which literally means ‘nymph’ or ‘fairy’.
The cemetery contained burial sites for several religions and races, including Roman Catholics, Protestants, Muslims and Hindus. When it was opened, the Roman Catholic and Protestant sections also each had their own chapel. The cemetery was also used for military burials, and was the resting place for a number of prominent individuals. One of these was the English sailor Augustus Podmore Williams, upon whose life Joseph Conrad based his novel Lord Jim.
Bidadari Cemetery was closed in 1973,