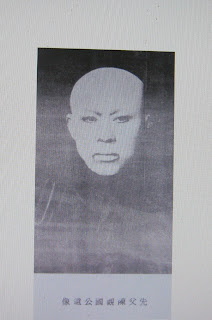 At 18, Great-Grand Father Chan Kwong Kwok was a Xiu Cai (an equivalent of a bachelor’s degree). He was the only Xiu Cai in the village. Unfortunately, because the family was poor, he could not pursue his further studies to the ultimate the Zhuangyuan(状元),


Great-Grand Father was headhunted and offered the position of the “governor”, the head of this big company Kong Nan Seng Agricultural Co, in August, 1907. The directors of the company scouted Great-Grand Father because they found him well educated and an upright man of high calibre. 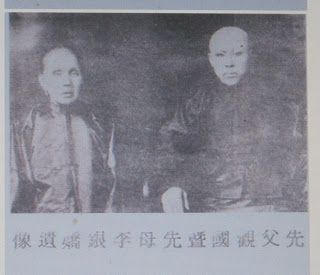 Great Father co -founded a school for the children of immigrants.

The proudest moment for us offsprings of Chan Kwong Kuok is to be welcomed back by the school to be told it was our great grand Father's legacy to co-found this school. Today is the 1st anniversary of our visit.


My Great Grandfather co-founded Chan Kwong Kuok school which we revisited. He wrote couplets for the school and school name. When we went, the school board said it was ruined through all age. I am not sure if this was his writing, I am sure he wrote in calligraphy. This looks like it is a copy, done by marker pen. Still, the original was done by my Kung Tai. Very proud of him.