Dad and Nanyang University and me. 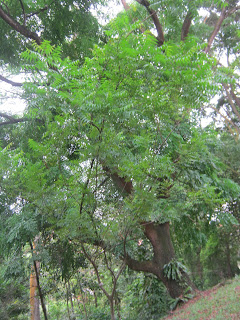 It was a little pencil thin sized stick with no leaves. Now it is still a small sapling compared to the big tree. 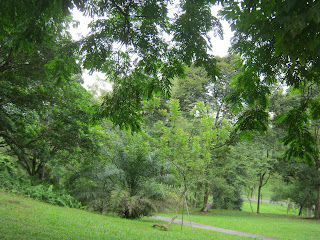 The ground was rock solid. it kept falling. I probed it up. When I left, the neighbour took care of it. When it fell after a thunderstorm. They took care of Aunty Ann's tree. Now they had gone, the tree is strong enough to stand up. You can see how big the branch that had grown horizronal. 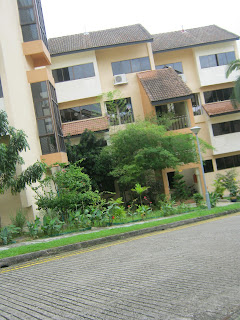 Didn't get the exact apartment, the extreme right, you see a little bit where the hornbill came. 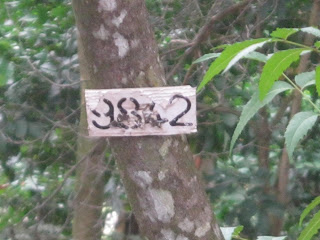 Tags, the leaves are the neem leaves. 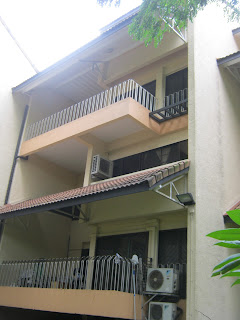 The lounge part of the apartment. Many people from all over the world had come to my house. Dad love coming. NTU used to me Nanyang University, Nan Da, built by the money raised by the Chinese people of Singapore, Malaya and Sarawak. Dad and Grandpa were actively fund raisers. 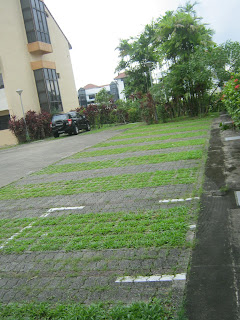 Here we did Tai Chi.

Many years ago, back in 2000, when I was not in bloggerland and Facebook planet, I was interested in plants. This story is incredible to many and it does sound like fiction.

Most week day mornings, I meet with fellow ex-patriot wives at this very spot, a car park of our Nanyang View Apartments. While we HOO SEE HOO SEE, we also talk. Important issues  like a natural mosquito repellent, as we were were plant enthusiastic people.

The plant NEEM came up, and I googled. I came to the site of the world renown professor in India. I emailed him, and he said he had just been to Singapore, and thanked my ladies for our interest.

He referred me to the person in charged in Ngee Ann Polytechnic, and he had a bundle of cuttings for me.  He just happened to be in the office next to my friend, a fellow faculty wife.

That evening, I got my precious bundle of 10. I gave some to my friends, one took it to Malacca and it grew.

My two grew, and I "planted" them illegally. Every now and then, NTU management team send workers to chop of the "illegally" planted trees. My trees survived because the Malay cutters know it is good UBAT/ medicine.

I went back last year, I saw tags, apparently, during the Youth Olympics, they had a land clearing exercise and clear ed the bush. The workers again saved my little trees. They are tagged and no one is allowed to chop them down.

Besides the trees, I show you the apartments where I spent 16 years of my adult life with dirt in my finger nails, an unlikely professor's wife.
Posted by Ann, Chen Jie Xue 陈洁雪 at 3:14 PM