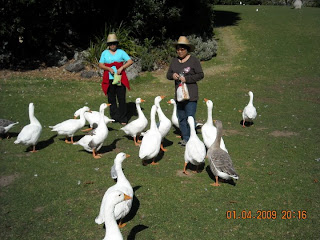 Elizabeth came to visit me in Western Springs. We fed the geese, and thought of Margaret getting lost while herding our geese when she was 3. 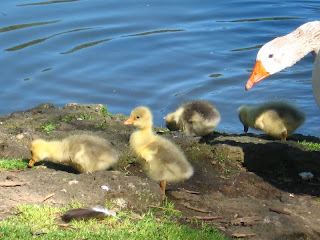 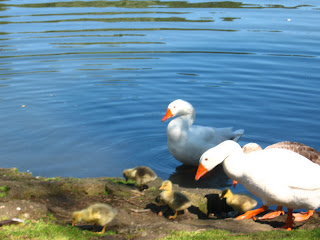 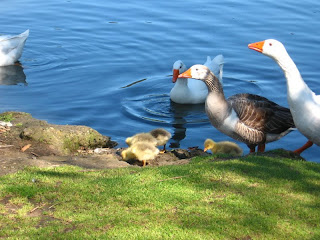 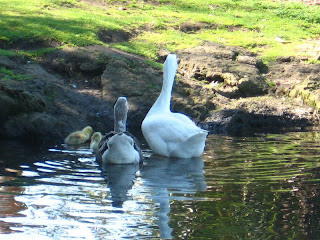 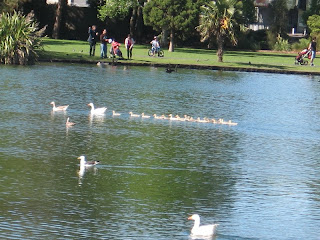 We always have geese, ducks and chicken and once a turkey. Geese, my Ah Tai (Great Grand Mother) said were better than dogs as watch animals. When we moved to Padang Road in 1960, we had a gaggle of geese. They like to go and conquer more territories. I was turning 6, and Margaret 3.

One day, Margaret used a stick to herd the geese back to the house. As all the government quarters looked alike, either the geese or Margaret got confused. The more she herded them, the further they went.

Mother asked me where's Margaret, I had no idea. Because we were in the neighbourhood of peers, everyone was a civil servant, they recognised the geese. Luckily nobody thought of getting them for their pot.

Father and Mother took Margaret and I to Anna Studio to take a photo. It was for in case the geese and Margaret went gallivanting, they could take the photo to the neighbourhood and ask if they had seen Margaret. Why they included me, I have no idea.

After a few escapades, and perhaps some talk by the neighbours,

the geese went to the pot. It wasn't worth the hassle of looking for