My Brother Joseph and his pets 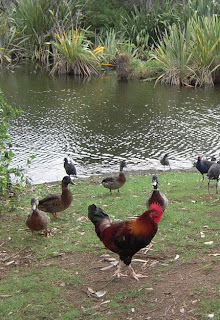 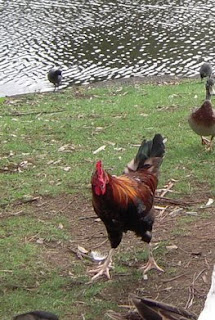 Joseph loved pets, even now, though living in a very exclusive part of Australia, he has hens, it is a bit like the TV show green acres.

The best story we all remember of Joseph and his pets is this one.

We always had chicken for meat and eggs when I was growing up in Borneo. That proud rooster was the stud, and he never failed to crow, rain or shine. My brother Joseph considered it to be his pet.

One morning, the rooster did not crow. He was dead. We couldn't believe how a healthy rooster could die just like that.

Mum conjectured that it was poisoned. Cock fighting is a gambling game involving a lot of money. Some men had on the previous day approached Mum and offered her a very good price for our handsome rooster. But Joseph refused to part with his pet. Mum wanted the money, but she loved her son more, so she declined the offered. The vindictive men probably came and poisoned poor rooster since they couldn't have it.