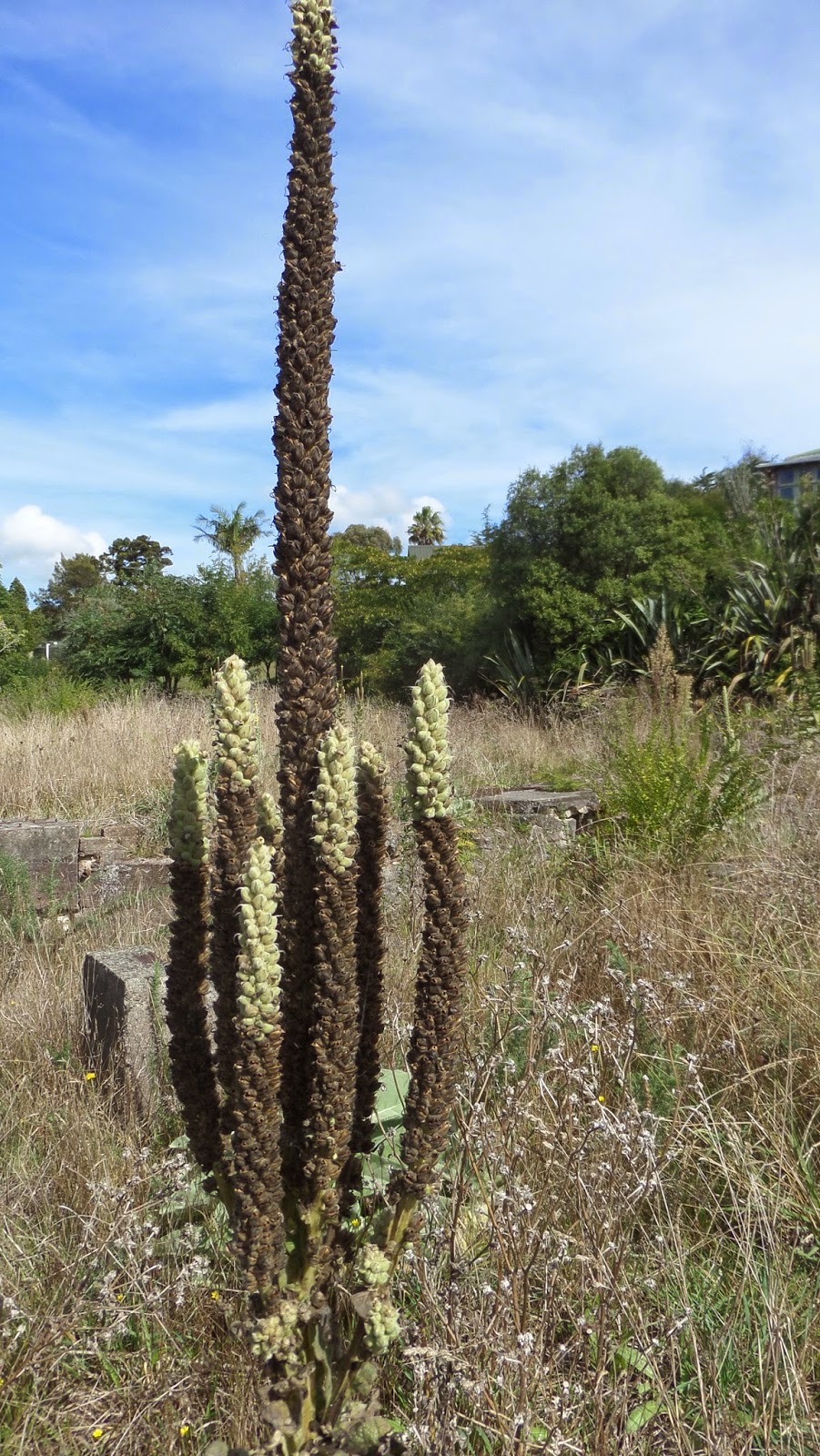 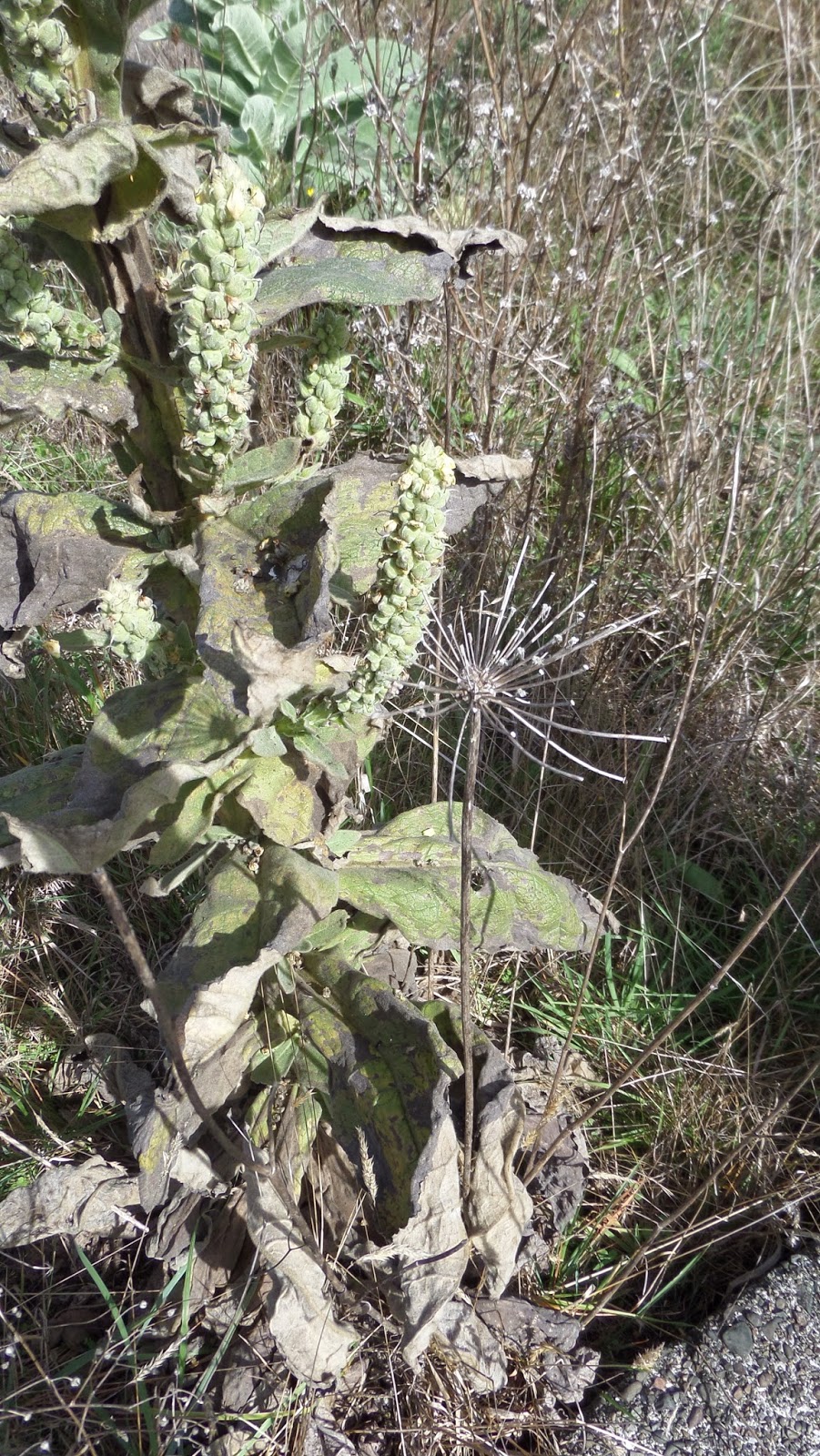 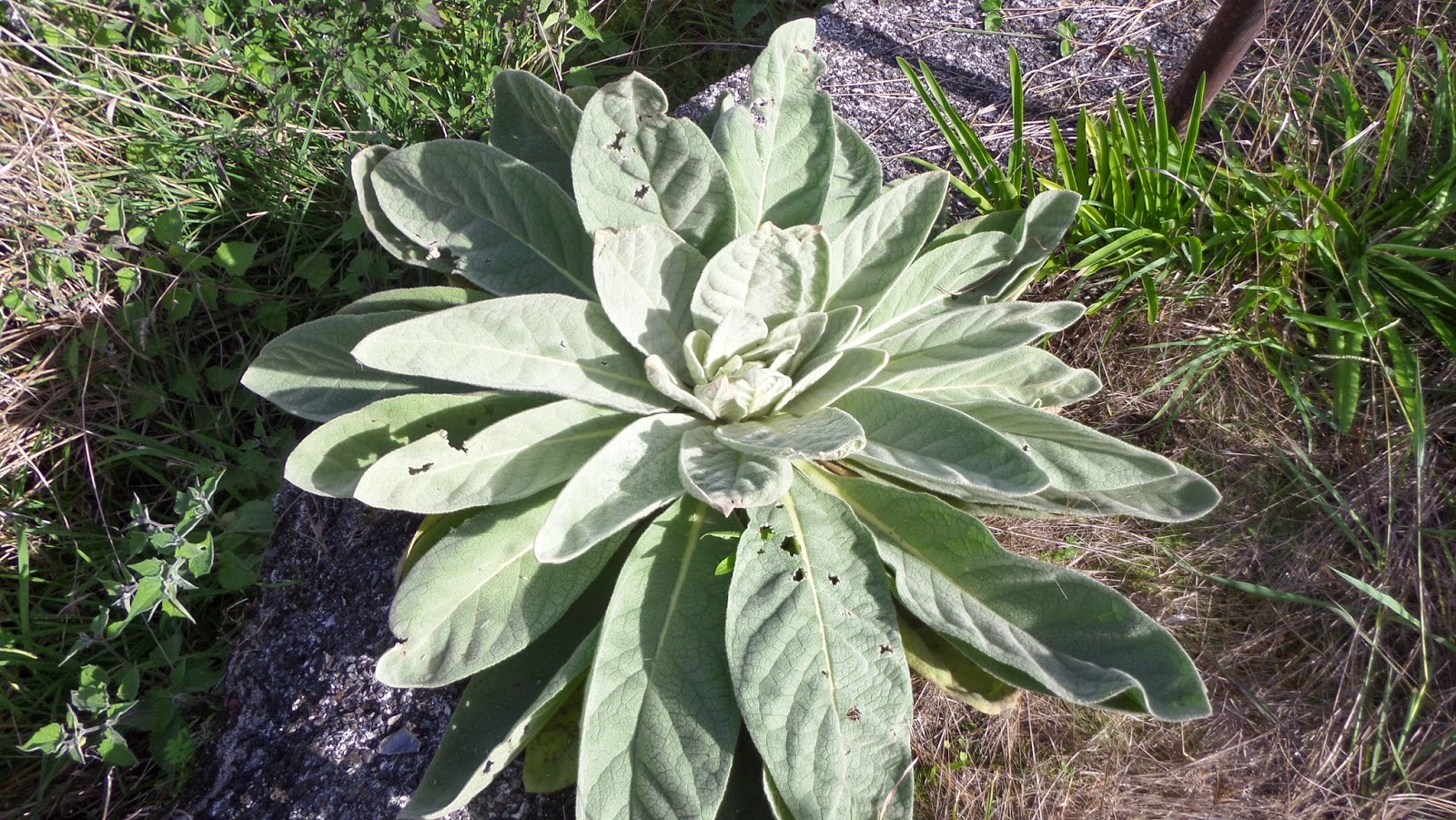 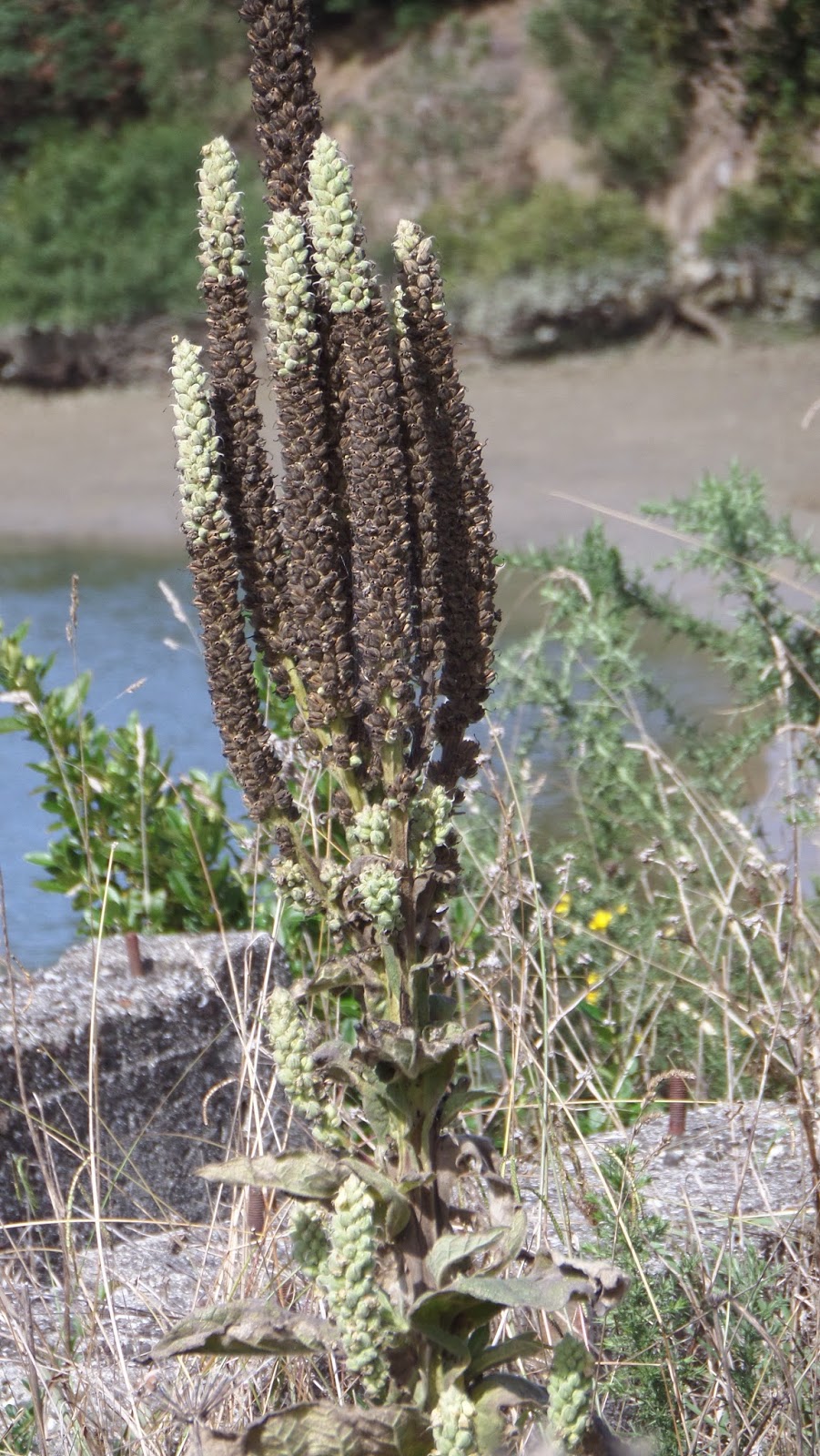 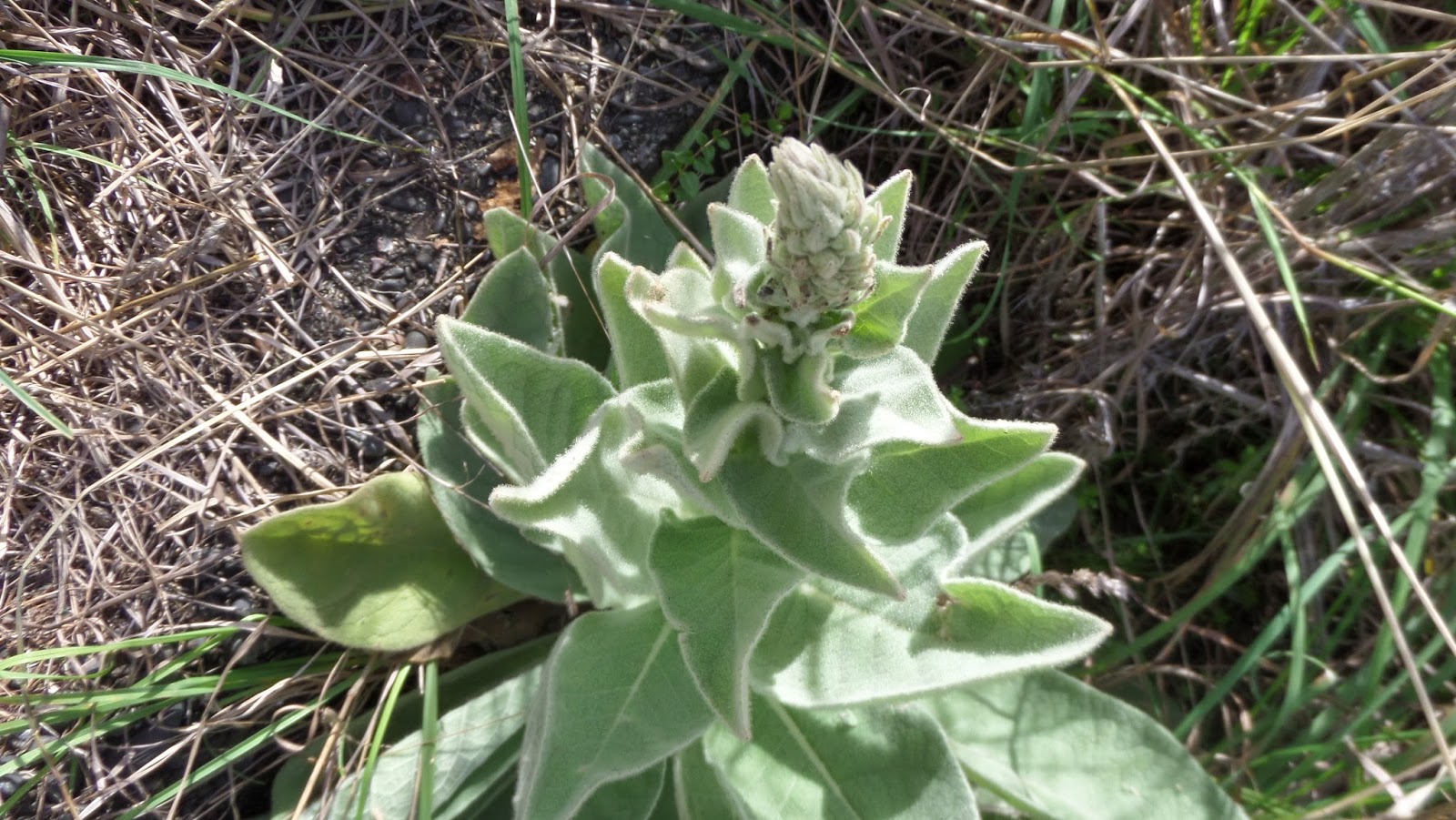 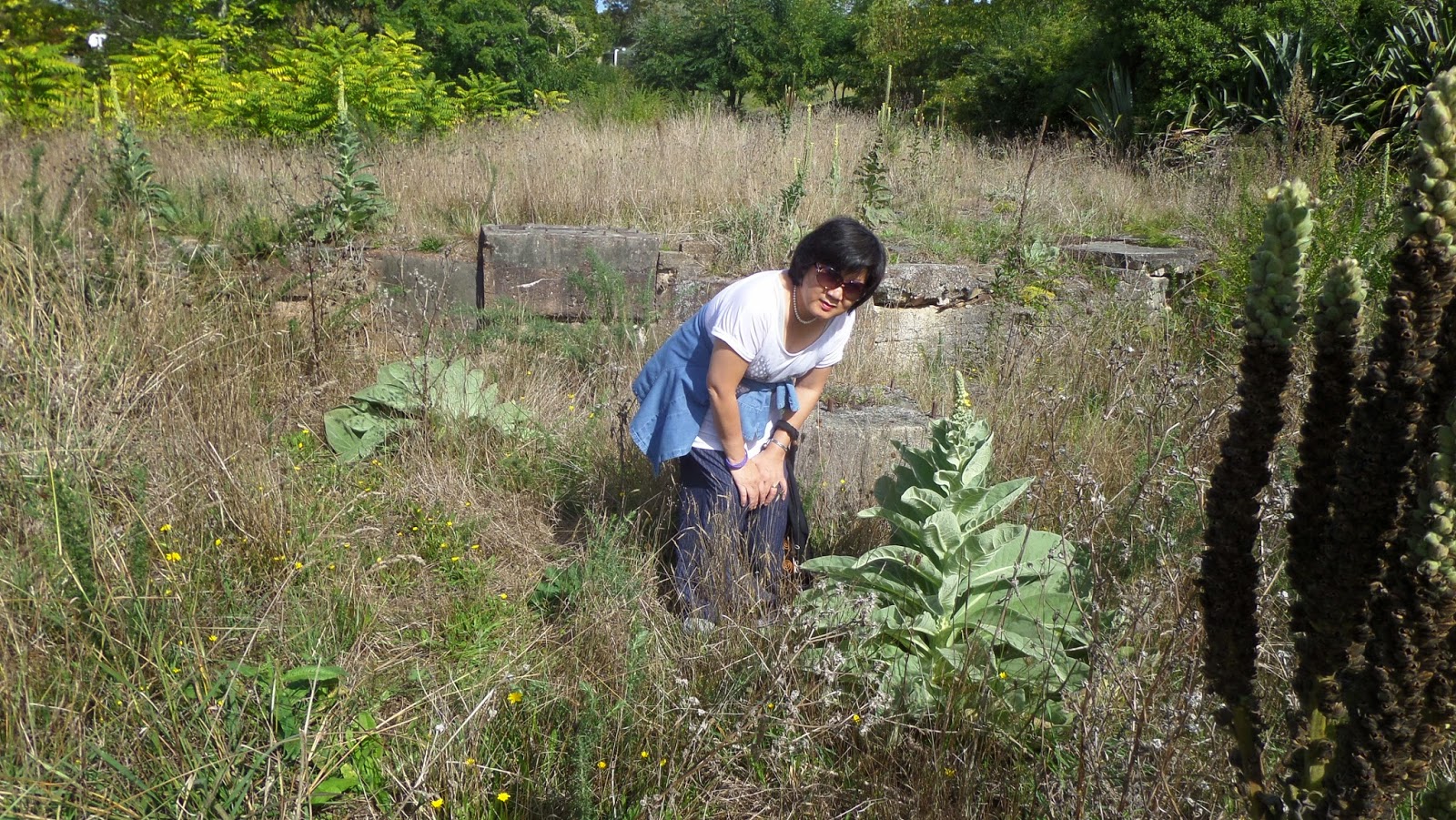 My love affair with the mullien when I first this gigantic plant about a metre in diameter at Mt Eden Volcano. This is the biggest patch  I had seen with more than 10 plants.

Versatile, fuzzy mullein is a gardener’s friend, an herbalist’s delight and an engineering marvel all on its own. A member of the snapdragon family, mullein has flowers that are flat and open, unlike the irregular “dragon faces” of snapdragons. Within the Scrophulariaceae family, the genus Verbascum consists of about 300 species native to Europe, West and Central Asia, and North Africa. Most are tall, stout biennials with large leaves and flowers in long terminal spikes. The species best-known among herbalists is the homely but useful common mullein, V. thapsus.

First-year plants form a rosette of large, velvety leaves up to 1 foot long. In the second year, a velvety flower spike grows to 8 feet tall. The stalk has alternate leaves that clasp the stem, a nifty arrangement that directs rainwater down the stem to the roots. From June to September, five-petaled yellow flowers 1/4 to 1 inch across bloom randomly in the dense, club-shaped terminal cluster. The three upper stamens, which are short and woolly, contain a sap that lures insects to the plant. The two lower stamens, which are longer and smooth, produce the pollen that fertilizes the flower.

Mullein tea is a traditional treatment for respiratory problems, such as chest colds, bronchitis and asthma. Mullein leaf tea is slightly bitter; a tea of the flowers is sweeter. Both the leaves and flowers contain mucilage, which is soothing to irritated membranes, and saponins, which make coughs more productive. Research has shown that the herb has strong anti-inflammatory activity, and lab studies suggest that mullein flower infusions have antiviral properties, as well. 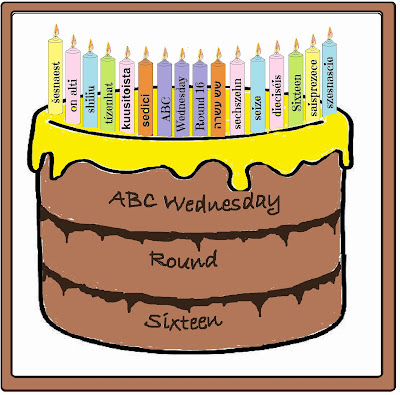