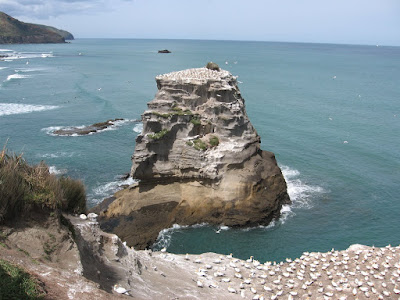 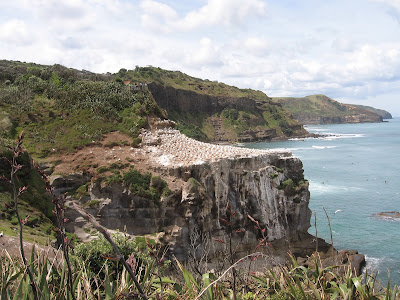 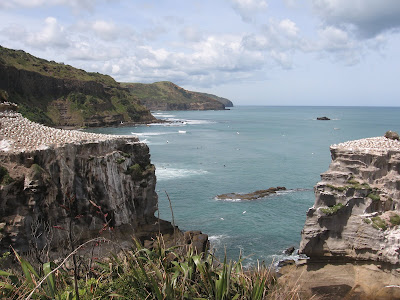 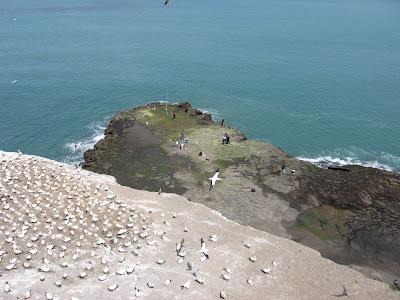 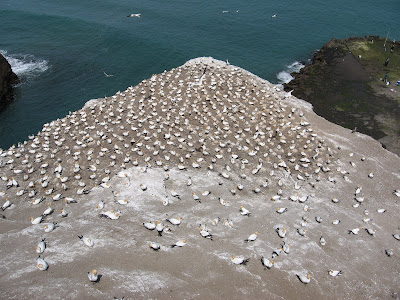 Yesterday was Easter, the last of these Australian Gannets would have flown back to Australia. It is a sad ending for the laggards.

We often travel west from Auckland to Muraiwai beach to see the gannet colony. Australasian Gannets migrate from the north to nest in dense colonies on small islands and jutting cliffs with most being in the North Island of New Zealand.

In 1979 the Auckland Regional Council (then ARA) established the Takapu Refuge with the help of the Royal Forest and Bird Protection Society.

Gannets come in early spring. The males usually arriving first. After breeding and once the chicks have fledged and left the nest, they fly north. The mature adult birds tend to be sedentary, only fishing over inshore sea close in to the coast.

One sad story about the cruelty of nature, the old and the laggards are left to die while the rest fly off back to the north. Once, we went in April, and there were dying birds and carcases. Even the realistic me felt a lump in my throat.

There are two other mainland colonies at Cape Kidnappers and Farewell Spit at the top of the South Island.